Random picture...we kicked off our College and Career group tonight, and I got to provide dinner for them... baked potato bar! Since I was making so many potatoes I used a camp kitchen trick and ran them through the rinse cycle of the dishwasher. I still rinsed and used a vegetable brush on them, but so much less work than if I’d only done them in the sink!
...
I had an important reminder tonight that came to me over and over... definitely God whispering (no, shouting!) in my ear. I’ll sum it up like this...

Sometimes God plants a vision, an idea, a dream...and He only wants us to be obedient in taking the first step. He MAY bring the whole plan into fruition, but that may not be His long-term goal. He really just wants us to listen to His voice, remain disciplined, and trust Him in that first step.

I shared my missions story tonight, the time I fell in love with deaf children in northern Mexico. Back then all I could dream of was being a dorm mom for the girls that lived there and leaving behind all the comforts of life in Southern California. But it wasn’t to be.

After it was all said and done, I couldn’t pass the physical, as my bloodwork showed signs of what they eventually found to be an autoimmune disorder. It took about 4 months to diagnose it and about 6 months to force it into remission. It was a really hard season.

When I was first sick, when I realized I couldn’t go to Mexico, lots of people had questions about whether or not I heard God right about going in the first place. I never doubt that I did, very clearly. I had nothing to gain by going, only knowing I was being obedient to His call. But as I was recovering I realized that His will was for me to take the first step, to be obedient to be WILLING to leave this all behind. I was also called to walk with Him through the months of testing, pain, medications and side effects. Just one foot in front of the other, day by day.

I got to walk with Him through disappointment and fear, through heartbreak and joy. That season was one of the hardest for me, yet its’ roots continue to grow fruit from deep within. It’s still a part of my HIStory, and it’s still relevant to be told as others are led by Him, called to just take that first step in obedience.

Deuteronomy 33:3
Indeed, he loves his people; all his holy ones are in his hands. They follow in his steps and accept his teaching. 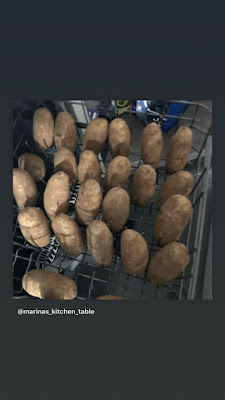