I am an adult orphan. Many of my friends (some of them younger than I, but many nearly the same age) are getting the opportunity to nurture their aging parents through these second half of life challenges. They care for them in their homes, or visit them in residential facilities. They get to continue to make memories. They are setting a standard of care, loving their aging parents the way they hope their children will love and care for them. It is beautiful. 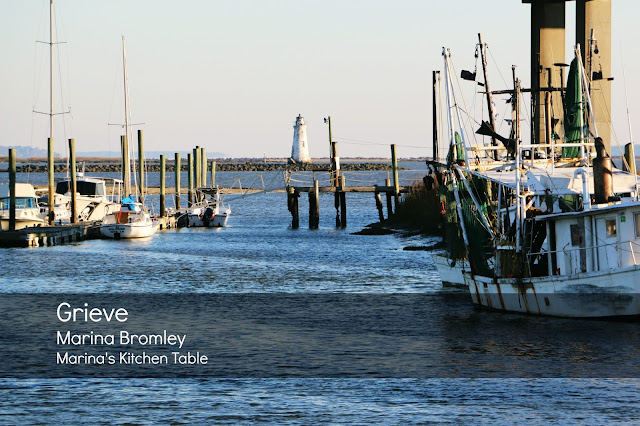 My mother died early on, just before I turned 13. It was a year of tragedy and family distress. Her death was almost non-climatic in comparison to all the other things that were going on then. I was, of course, too young to take care for her. In my selfish-pre-teen drama, I’m pretty sure I thought she died on purpose. That she chose smoking over being a mom to two little girls (and two young adult girls). Of course she didn’t choose that, but it’s how I processed it most of my younger life.
My father died later in life, but we were estranged for many years before. He chose his 4th wife over all family, and no matter how much we tried to expose her manipulation and deceitfulness, he wanted to marry her. It was his grown-up decision, and he made that choice aware of her flaws. In the 15 years (or so) that he was married to her she continued to separate him from all of his family and friends. He himself was quite the manipulator, so it’s hard to think he was outsmarted at his own game.
His wife failed to contact us when he was dying and placed in a hospital from the complications of his illnesses. She made no calls when he died. Not his children, not his grandchildren. Not his nieces and nephews or friends from his long career. Not the people he received his pension from (yes, she continued to receive, and cash, his checks). She put incorrect information on his death certificate, and had him cremated (which was his specification), and took his ashes with her. There was no obituary released. There was no published record of his death.
It was a cold winter day, 4 months later, when my younger sister happened to run across his death announcement while searching for him on the Social Security records site.
I was a bit relieved when we found out he had passed. I had already had confrontations with his wife the spring before, and on behalf of my sister had asked the Sheriff to do a well-check on him because we could not get in touch with him. We had many questions surrounding the circumstances of his death, but as those slowly came together we were able to find out the answers to them.

He did not die alone in their hoarder’s home, but in a hospital. God, in His great mercy, allowed a dear friend of his to see him the day before his passing, bringing him a bit of joy. We were able to obtain copies of his death certificate, despite her strange answers to the questions on it, and it had some basic information regarding his death. We were able to put together a paid obituary and run it in the small town paper in the event anyone else tried to search for him in the future.
I didn’t grieve his absence at that point, I grieved it later as we became aware of the years leading up to his death. I grieved that my father, who was normally a very strong, even manipulating person, allowed himself to fall into such an unhealthy marriage relationship. I grieved that he made such poor choices. I grieved when we found out she had been arrested for shoplifting, while she had him in a wheelchair in the store. I grieved when we saw the state of their home, over 4,000 square foot of filth and hoarded items, from rooms filled with rolls of toilet paper to piles to the ceiling of Christmas decorations. I grieved to learn that she had been investigated for elder abuse against him. I grieved to learn she slipped through the cracks of the investigation, and we found out that others had tried to help him to get out of the house, out of the marriage, and he ultimately refused their help. I mourned to hear the details of the concerns that others had, that they didn’t have a way to get a hold of us to let us know, because she had deleted our phone numbers from his phone as a part of her way of distancing him from his family. She had also unplugged the house phone, so we could not ever get an answer from him, and he had no way to call for help. I’m sure he didn’t ever imagine that this would be the result of his poor decisions.
For the entire time they dated and before they married, different family members disclosed their red flags about her behavior; lying, cheating, hoarding. He chose her. When we invited them over, time and time again they refused to come. Occasionally we would run into him at the local store, but often they would walk away from us, as if they didn't see us.
It caused me stress and depression for several years, until one day I learned that his absence in our life was, in itself, a gift from God. Although we had a handful of fun memories of my dad with my children, most of what he had caused us was heartbreak and stress. Our relationship was never allowed to be a normal father-daughter one, and that was ok.
I can be sad for what we missed out on, but there’s no need to camp out in grief. Uncovering the depth of their mental illnesses, co-dependence, and source of their lying, I can see how deep their roots were in sinfulness. Many times I prayed, “Lord, do whatever You need to do to bring them to a loving relationship with You. Put other believers in their path to point them to You.” Although he remained antagonistic and angry at our relationship with Jesus, and our involvement with church, I believe that God continued to put people in his path to help him see the goodness of God, to recognize how much he was loved by the God that created him for a purpose.

And I trust that there were sweet angel nurses at the hospital, caring for him in his last days, and I’m certain that God did give him every opportunity to say “I believe.”
How my dad responded is something that we won’t know until we reach heaven…

Footnote:
There are many other things that took place in the relationship that I've chosen not to share here. Some of you may feel that we didn't do enough to rescue him from such a horrible situation, but please trust me that we did. The mental health issues that I did share were only a tip of the iceberg, there were other abuses that took place long before his death, and even before his marriage. Those are things that we are still processing. I loved my father, faults and all, and know that he felt he was being the best dad he could be with the knowledge of parenting that he had. I think he made poor decisions, but we all may at one time or another. Essentially, I believe that the distance God placed between my dad and our family was ultimately a blessing. It was a good example of not getting what you prayed for, and that it was not ideal, but it was ok, and God was in the midst of it. He still is walking with me, with other family members, through the process of grieving. He is our good, good, Father.
#grieve #februaryfreewrite #hopewriters

Hey friends! Feedburner (my email subscriber) is going away soon, but I want to remind you that you can still view my posts (and even MORE p...