Meeting in the Meadow: Today is Your Best Day, Because of What Jesus Says

Today is Your Best Day, Because of What Jesus Says
- Roy Lessin

Your words were found, and I ate them,And Your word was to me the joy and rejoicing of my heart;For I am called by Your name,O Lord God of hosts.
Jeremiah 15:16 NKJV

The first time I saw my wife I was attracted to her. We were students in Bible school, and I was introduced to her in the school cafeteria during the lunch hour.

The more I knew her, the more I wanted to know her. In order to find out if she felt the same way about me, I would sometimes ask one of her close friends if she ever said anything about me. Whenever I heard something positive or encouraging it would make my day. My hopes soared, my confidence increased, and my heart grew closer to hers. 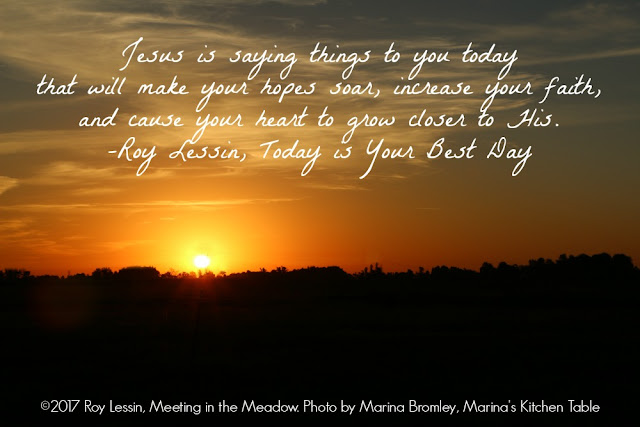 Email ThisBlogThis!Share to TwitterShare to FacebookShare to Pinterest
Labels: meeting in the meadow, Roy Lessin, Today is Your Best Day