I'm not much of a fiction reader, nor am I a fan of war books, but I AM a fan of art and history, so when this memoir became available to read through the Tyndale Blog Network, I thought I'd give it a go.

WOW. This book was pretty amazing. Taking place in France, just prior to WW2's start, the life story of Pierre H. Matisse was spellbinding. He writes words as others paint pictures. It was so good to hear so much inside information from what life was like there, knowing that my father was just a few years younger growing up in Holland at this same time. I knew that although their lives were very different, the surroundings and happenings may have been similar in some ways. The colorful descriptions he used kept me glued to its pages. 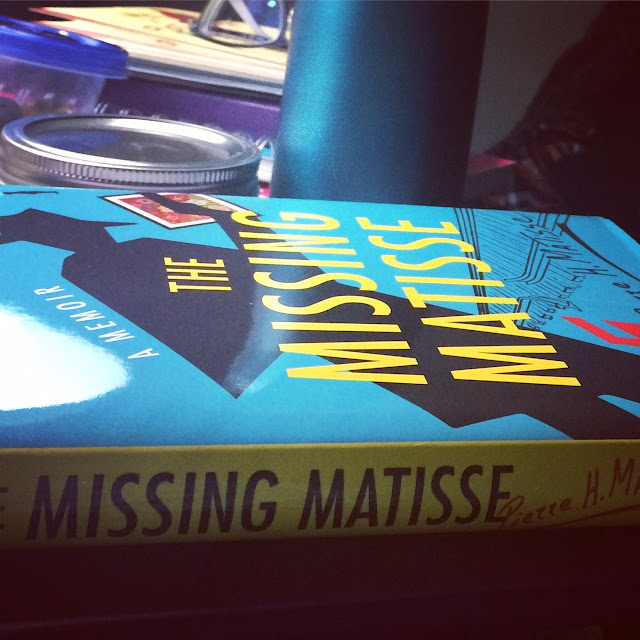 The family history, the unfurling of the mystery surrounding his father, and the emotional honesty throughout the book were wonderful. It was so good to read that not everything always turned out ok, as it does in some people's families. It was also good to see where things DID turn out ok, as I know that it took brevity on his part to work on relationships and restore family ties.

I was a little disappointed towards the end, as his life transitioned to living in Canada and in the U.S., but let's be honest, middle-aged life here is not as exciting as a child's life during war in Europe. It was to be expected, I guess.

I'm grateful that he came to faith, and that he mentions it in the book, but the mention of the people involved I found to be a little humorous, almost like name dropping of current culture. In retrospect, I didn't ever feel like he was doing that with his family, and they were much more historically relevant.

I can't think of anyone who wouldn't enjoy this book. There's nothing extremely offensive in it, though there are a few war scenes that were a little graphic; nothing that kids don't see in PG movies or on tv, for sure. Both men and women would enjoy the topic and substance of it, and if anyone was more familiar with the war and it's movements, they would really appreciate the intensity of his encounters in Europe and North Africa.

Tyndale House Publishers has provided me with a complimentary copy of this book, in exchange for my honest opinion.