Meeting in the Meadow: A Servant Leader

When the ten other disciples heard what James and John had asked, they were indignant. So Jesus called them together and said, “You know that the rulers in this world lord it over their people, and officials flaunt their authority over those under them. But among you it will be different. Whoever wants to be a leader among you must be your servant, and whoever wants to be first among you must be the slave of everyone else. For even the Son of Man came not to be served but to serve others and to give his life as a ransom for many.” Mark 10:41-45 NLT 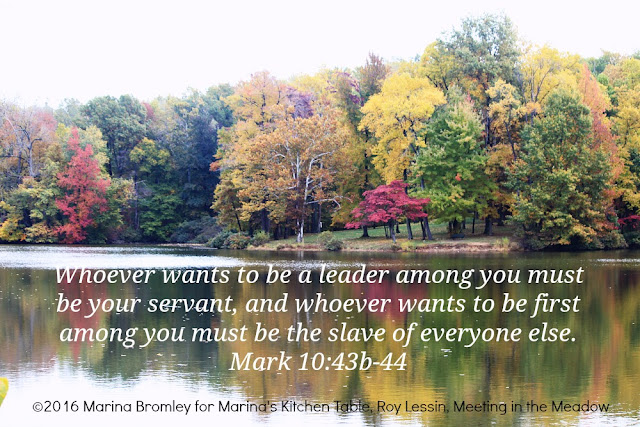 Father, I want to serve you with a true heart. Work in me the heart of your Son, the heart of servant who is willing to lay down his life for others. May I express before others the attitudes and actions that are a true reflection of your heart.