Because Jesus is 100 Percent... Today Is Your Best Day

Today Is Your Best Day... Because Jesus is 100 Percent

This High Priest of ours understands our weaknesses, for he faced all of the same testings we do, yet he did not sin.  Hebrews 4:15 NLT

Baseball and basketball are very popular sports. Most teams draw large crowds and have a wide television and radio audience. One thing that is amazing about these sports is that their fans can get excited over athletes who fail far more often than they succeed. In baseball, if a batter can get a hit more than 40 percent of the time, he would be considered a phenomenon. In basketball, if a player made more baskets than he missed during his career, he would be considered the greatest offensive player of all time. 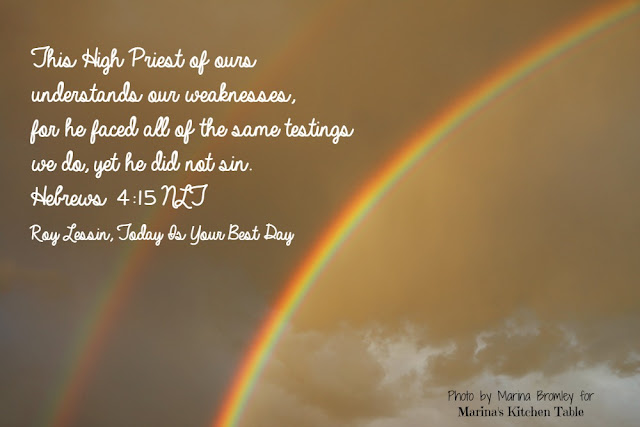 No matter where we look in life, people never perform to perfection. There are shortcomings, disappointments, and failures everywhere we turn. Anything human, or made by humans, eventually breaks down or doesn't perform according to our expectations.

The other day I was driving with my wife along a winding road that worked its way through some tree-lined bluffs. As we made our way down the picturesque country road, my wife remembered that she needed to call a friend and give her an important message. She got her cell phone out of her purse, flipped open the lid, and waited for a signal. No signal appeared and the phone call couldn't be made. As she closed the lid on the cell phone and returned it to her purse she turned to me and said, "Nothing in life can be depended upon 100 percent, except Jesus."

Even though everything around you is flawed and imperfect, today is your best day because you have Jesus. Jesus is 100 percent perfect in all His ways, in all He is, and in all He does. Think of it - the perfect Son of God left heaven, came to earth as a man, and lived among us. In His thirty-three-plus years on earth He never sinned. Never! His Father sent Him here as the spotless Lamb of God who would offer Himself upon the cross as a sacrifice for your sins. Jesus fully obeyed His Father, and through His perfect obedience He glorified the Father. If Jesus would have sinned, even once, He could not have died for your sins on the cross. You would be lost and without hope today.

In His nature and character, Jesus is without fault or flaw. He is completely faithful. He will never fail you, He cannot fail you, and He will not fail you. Every promise He has made is true;  there is not one lie or exaggeration in anything that He has ever said. Today, Jesus is your 100 percent Savior.


©Roy Lessin, 2015 Used with permission, MeadowRequests@gmail.com
Today Is Your Best Day is available through most online book retailers.
at October 19, 2015

Hey friends! Feedburner (my email subscriber) is going away soon, but I want to remind you that you can still view my posts (and even MORE p...