News flash: I hate being a parent.

Don't get me wrong...when the kids were little...even when I had 3 in diapers (we had 3 kids, 3 years in a row so there was that short season) there were weary times. There were days that I just wanted ADULT CONVERSATION, and to understand every word that was being spoken to me. There were days I longed to not have to cut up food on a plate, or didn't have to wipe bottoms, and to not have to remind them to wash hands. There were times I didn't want to wake up in the middle of the night to wet sheets, or worse, a child covered in vomit; and of course, that happening multiple times as it went from child, to child, to child....and often myself getting it somewhere along the way.

BUT, I'd take THOSE days all over again if I could....each and every one of them!! It's NOW that I'm really having a hard time...harder than those days by far.

Parenting adult children....now that's the REALLY hard part. Actually, NOT parenting them is the hard part....taking that feeling, that intuition that's developed in me for almost 30 years now, and telling it to stop.

The ONLY thing I've ever really known that I wanted to be when I grew up, was to be a "mommy". I'm reasonably smart, and have a LOT of interests in a LOT of things, but failed to finish college, or pursue a steady career, because I didn't think I could do that the rest of my life - so why waste the time/energy/money to do it?? I never thought that about being a mom...even in the vomit covered, soaked sheet, middle of the night tantrums. I knew then that all I needed was a nap, a smile from a little face I loved, a hug, or an encouraging word that "this too will pass..." and I was good to go. Bring on the piles of laundry!!

Not so much now. This whole process of letting go...allowing them to make their own decisions (read: MISTAKES) is hard. Trying to keep our foundational support in place, without funding poor career choices is hard. Thinking that they know the simple truths like "the early bird catches the worm" and finding them still asleep at 9:30 am...with no intention of looking for work...hurts. How long do you let an adult child go without financial support before you give them an ok to charge on our credit card for gas in their car or groceries?? None of this was covered in all the parenting books I read when I was pregnant 21 years ago, and it's too late to put things into place after 20 years of setting the stage this way. Do I have the right to change my mind at this late stage of the game??

Well, change I am. "I can not change the circumstance, but I can change how I respond to that circumstance!" I love that quote!! I realize that only God can change others.... and as a parent I think I did the best I could.... oh, perhaps I'd make a few changes - like jobs in high school that he could have gotten on his own, instead of working at the same place dad did, but for the most part, I'd do it all the same...except these past few years. I'd have tried to let go sooner. I'd let him flounder a bit more, maybe get a little hungrier, and offer less relief less often. I'd wait for him to ask for help, instead of jumping in and offering it. Hopefully it would have taught him a bit more character, a bit more humility....and helped me in not being so overbearing....and perhaps I'd not be having to deal with the hurt that I'm dealing with today. sigh.

So, onward, upward, to living a life of being an empty-nester! I'll keep praying, for me, for him, and for the space between us to become more and more clear....not only clear of the awkward parenting discussions of "did you? couldn't you? shouldn't you?" but clearly more about "just the facts" of how he's living his life and the consequences AND BENEFITS that he will earn. I will not check up on him. I will let him call me, even letting days....NO WEEKS...pass between the calls. I won't call him when he gets mail, I'll just send an email to let him know what's arrived. Perhaps it's time for him to change his permanent address too? Perhaps time for us to stop declaring him on our taxes (even though he is a full time student, and we have provided most of his financial support over the year)??

I don't know all of the answers. But I DO know that I have to change. Hopefully, PRAYERFULLY, this will also change him, and he can become the responsible adult I'd always prayed he would grow up to be.

He is Faithful, Guest Post from Roy Lessin, Meeting in the Meadow

This is the post for Meeting in the Meadow today, but it was so timely as I read it in my memories from several years ago, that I felt I wo... 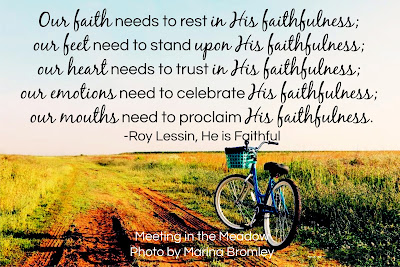 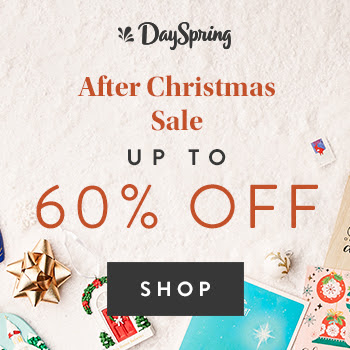